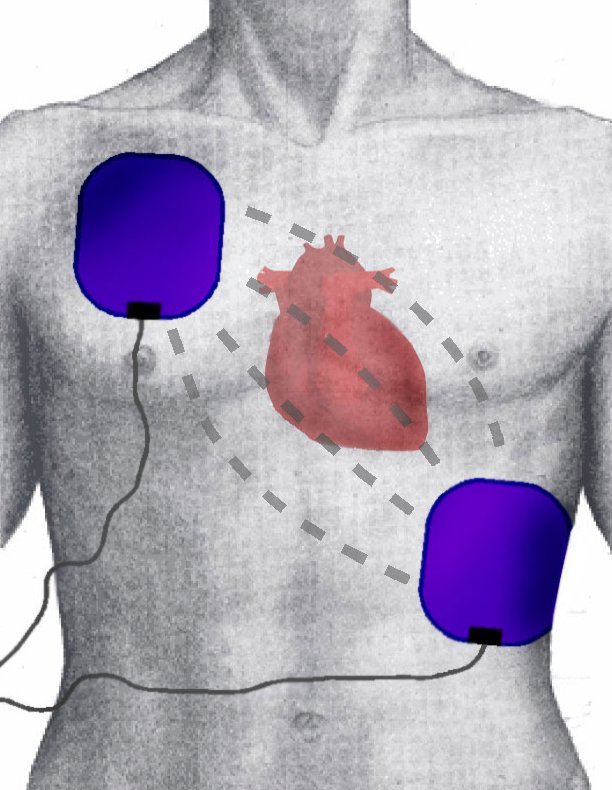 Sudden cardiac death statistics are complicated by a lack of uniformity of definition. Some researchers utilise the World Health Organisation (WHO) definition of death occurring within 24 hours of the onset of acute ‘cardiac’ symptoms, whilst others utilise the Framingham Heart Study cut-off of death due to cardiovascular collapse less than 1 hour from the onset of symptoms.

An added complicating factor is the 25% of people who have clinically silent myocardial infarctions, and those who suffer from ‘atypical angina’, presenting with abdominal pain or hiccoughs etc (Zipes and Wellens 1998; Leor et al 1996; Marks and Greene 1995; Myers and Dewar 1975; Norris 2000).

In the USA, sudden cardiac death accounts for between 200,000 – 600,000 deaths per year depending upon definitions used. 80-90% of those deaths occur on a background of significant coronary artery disease (atherosclerosis) (Zipes and Wellens 1998; Marks and Greene 1995; Hirsch and Adams 1993).

In England, the rate of sudden unexpected adult deaths due to ischaemic heart disease is estimated to be 9.1 per 100,000 per annum. This is equivalent to 3338 cardiac deaths in adults aged 16-64 years. The term Sudden Adult Death Syndrome (SADS) has been proposed for these deaths (Bowker et al 2003, Davies 1992).

Most researchers agree that the common pathway leading to sudden cardiac death is overwhelmingly ventricular fibrillation (VF), with varying numbers having ‘structural abnormalities’.

For example, up to 80% have significant stenoses, whilst between 15% and 75% have evidence of thrombus within a coronary artery, depending upon the inclusion or exclusion criteria of the various published series (Sheppard and Davies 1998). Davies (1992 and 2000) and Kolodgie (2004) are amongst those researchers favouring thrombi as a common occurrence in sudden cardiac deaths. It should also be noted that 30% of the ‘structural abnormalities’ relate to ‘non-specific’ myocardial fibrosis (Davies and Popple 1979; Chugh et al 2000).

Those who have structurally normal hearts (between 5% and 20%) are said to die of ‘idiopathic VF’, although underlying genetic abnormalities predisposing an individual to fatal arrhythmias including VF are being elucidated, such as in the ‘long QT syndromes’, Brugada syndrome, and others. (Brugada 2004; Zipes and Wellens 1998; Vatta et al 2002; Behr et al 2003; Gaita et al 2003; Priori et al 2001).

Some of the syndromes may be inherited, and symptoms including syncope, cardiac arrest, palpitations, dizziness and atrial fibrillation may be found amongst surviving family members. (Gaita et al 2003).

The anatomical substrates for sudden cardiac death include coronary artery atherosclerosis, myocardial fibrosis and necrosis and left ventricular hypertrophy. However, many individuals have such a substrate, but are able to carry on their daily activities.

The prevailing hypothesis regarding the mechanism of sudden cardiac death involves the superimposition of a ‘trigger’ or ‘transient risk factor’ acting in concert with the anatomical substrate to perturb cardiovascular function and produce the final common pathway of a fatal arrhythmia, usually VT deteriorating into VF. (Willich 1993; Hirsch and Adams 1993; Chugh et al 2000; Marks and Greene 1995).

The external ‘trigger’ may be associated with any of the following effects;

The degree of coronary artery stenosis required, and the role of ‘vulnerable’ atherosclerotic plaques and coronary artery thrombi are debated, but all can result in acute physiological derangements, destabilising electrical activity in the heart.

Ventricular irritability can be mediated by alcohol and drugs, including caffeine and cocaine, whilst myocardial depression leading to delayed conduction and cardiac standstill can be mediated by parasympathetic activity or electrolyte disturbances. (Hirsch and Adams 1993).

The role of the CNS in cardiovascular physiology is also uncertain, but CNS influences can be strong enough to cause cardiac standstill, and trauma to the brain or spine can cause instantaneous cardiovascular collapse (Hirsch and Adams 1993).

Written by a cardiac surgeon who changed specialties and is now a cardiac pathologist, this relatively slim volume is lavishly illustrated, and contains excellent practical advice for the autopsy pathologist on how to approach a post cardiac surgery case.