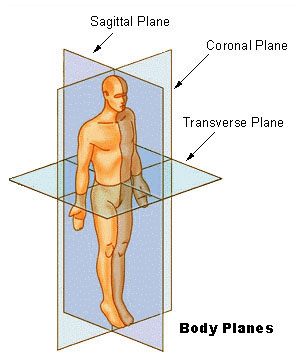 Junior doctors are often rushed in Accident and Emergency departments, and may be under pressure to deal with the ‘cut that needs suturing in cubicle 7’ as quickly as possible, particularly now that there are strict target times in which patients must be assessed and treated (or admitted/ discharged).

A thorough approach at this stage will ensure that pitfalls are avoided, and embarrassment in court at a later date prevented.

All wounds should be carefully examined, and features of specific wounds observed. For example, those with crushed edges; tissue bridging and surrounding bruising and abrasion are characteristic of lacerations caused by blunt trauma and not sharp instruments.

Accurate measurements should be made – with an annotated diagram in the patient’s notes. It is not enough, as the author has seen on several occasions, for a rough drawing of a head/ face to be drawn, with an arrow pointing to the eye region and a label stating ‘cut’.

Most departments have digital cameras, and these should be utilised as much as possible.

An assessment of the associated features, such as bruising, abrasions, or foreign material (possible trace evidence?) can be made at this stage.

Problems may arise where the wound does not stop bleeding, and treatment is required straight away, such as the under sewing of a bleeding vessel etc. Clearly photographs can be taken after this has occurred, but a point should be made in the notes that the wound appearances have been altered.  A full description given of the original appearances then becomes vital.

Damage to underlying structures should be assessed, although in most cases this will need to be undertaken under local or even general anaesthetic.

Junior doctors are relied upon to document findings as they present to accident and emergency departments, and failure to do so is often irremediable further down the line. Surgeons may make no record of the dimensions of a stab wound, or the external features of the wound, and may incorporate the stab wound into a drain site, or suture it. This treatment compromises the medico-legal record if the juniors who examined and ‘clerked’ the patient previously did not record their findings in sufficient detail.

As part of the clinical assessment of a wound or injury, there are other structures that require investigation at the same time, such as testing distal nerve and vascular function in a limb wound, for example, or the assessment of the level of consciousness - via Glasgow Coma Scale (GCS) - and the presence or absence of focal neurology following a head injury etc.

These add to the weight of medical evidence, and guide further management, but may assist in interpretation of wounds or patterns of injury at a later date, such as radiography to exclude fractures and foreign bodies or blood samples for cross matching, clotting studies and full blood counts etc. The storage of pre-treatment blood samples also opens up the doors to possible toxicological analysis at a later date.