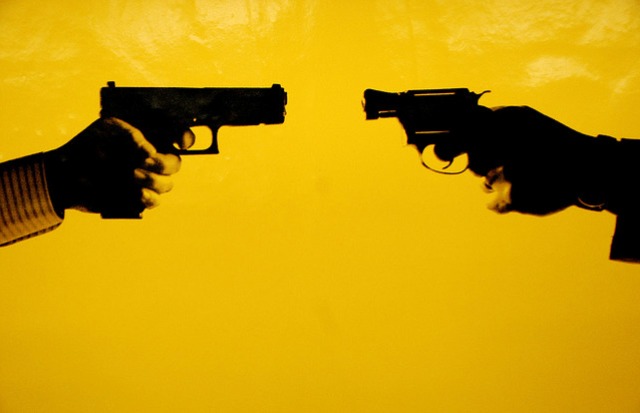 This section will outline the main types of weapons likely to be encountered in clinical and forensic practice, and the ammunition that these weapons utilise.

Small arms refer to those weapons that are designed to be held and fired from the hand or the shoulder, and include handguns and rifles, as well as shotguns. In broad terms, weapons can be divided into rifled firearms, and smooth bore weapons.

The British Crime Survey 2004/5 recorded 10,979 firearm offences in England and Wales, and firearms were involved in 1,206 serious violent incidents (other than homicide). They were used in 73 (8.5%) of homicides.

35 remington caliber, microgroove rifled barrel, manufactured by the marlin firearms company. It shows a 20 land and groove barrel with a right hand twist.

Revolvers, pistols and rifles are called ‘rifled’ weapons because of the design of their barrel. The inner surface has a series of parallel grooves cut in a spiral fashion along the length of the barrel (separated by ‘lands’), the effect of which is to impart spin on the bullet along its long axis.

This spin gives the projectile axial stability in flight and leads to improved accuracy over mid range to longer distance targets.

The passage of a bullet through such a barrel imparts an imprint of the barrel surface configuration (the number of lands and grooves, and the way in which they ‘twist’) on the bullet, and if recovered may allow firearm examiners to deduce the type and make of weapon from which it was fired.

Pistols are loaded with ammunition via a magazine (the ‘clip’) that is located in the handle/ grip. The first bullet in the magazine is loaded manually by ‘cocking’ the weapon. This is achieved by pulling back on the ‘slide’, and then releasing it.

Movement forward loads the first round into the barrel. When the first round has been fired, by squeezing the trigger, the barrel recoil causes the slide to move backwards and the spent cartridge to be ejected. A new bullet is then loaded into position.

In contrast, bullet cartridge cases (‘rounds’) are loaded into the revolving chamber of a revolver at each squeeze of the trigger. The hammer of single action revolvers must be manually cocked before each round is fired, whilst in a double action weapon, squeezing the trigger not only cocks the weapon but also rotates the cylinder onwards so that the next cartridge is in place and ready to be fired.

Rifles are designed to be fired from the shoulder, and are classified as either ‘rim fire’ or ‘centre fire’ weapons. This describes the type of ammunition fired, and in particular where in the cartridge case the primer is located i.e. in the cartridge case rim or centre respectively. There are many types of rifle – pump action, lever action, bolt action, single shot and automatic loading etc.

how a revolver works

See also an interactive animation of how a Glock pistol works, with the moving parts highlighted.

The bullet cartridge, or ‘round’ consists of a formed metallic case (usually a brass alloy), explosive primer, gunpowder (the propellant) and a bullet (the projectile).

The primer usually contains heavy metal compounds, such as those of lead, barium and antimony, and detonates the gunpowder when struck by the firing pin.

Video demonstration of how a bullet works

wounds and injuries - implements and weapons

The following video examines a handgun. When you watch it, consider what sort of injuries it might cause when fired at a person.

As the name suggests, these weapons do not have rifling of their barrel, and are designed for hunting game at closer distances than rifles. They fire multiple missiles, in the form of ‘shot’ (pellets) from a smooth barrel, and again they can be of many different types – single shot, double barreled, pump action and auto loading etc.

Shotguns are not referred to in terms of calibre, but ‘gauge’. This is archaic term used to describe the quantity of lead shot capable of fitting in the diameter of the barrel, and has left us with the ’12 gauge’ to ’20 gauge’ shotguns etc. They may have 1 or 2 barrels.

As a shotgun is fired, a mass of pellets leaves the weapon, and given enough distance, will spread out in a cone-like fashion. The barrel dimensions, amongst other factors, affect the amount of spread and one way in which the spread can be controlled is by the amount of ‘choke’. This represents a partial constriction of the muzzle end of the barrel, and can be manipulated to reduce spread by means of narrowing the barrel diameter (by increasing the amount of choke). In some weapons barrels of varied choke can be interchanged, but on most it is fixed.

Shotguns fire pellets (or rarely a single pellet) that have been loaded into a ‘shell’. This consists of a metal (often brass) base with a plastic cylinder crimped shut at the end. The shot is separated from the gunpowder by plastic or cardboard ‘wadding’.

At discharge, the wadding follows the mass of shot, and may follow the pellets into a wound track if at close range, or may strike the target surface just wide of the wound at increasing distances.

Eventually the wadding will fail to travel far enough and will fall to the ground. If a separate injury is caused by wadding, one may see a cross-shaped abraded area corresponding to the opened out wadding material.

Air guns are weapons designed to use the expanding force of compressed air to propel a projectile down a rifled barrel. They are often used by children as 'toys', and are frequently the cause of injury. Aslan et al (2006) report that airgun injuries occur frequently, such that there are 30,000 air weapon injuries in the US each year.

Fatalities have been recorded, and Monticelli et al (2002) note that the majority of these cases involve children under the age of 16 years (boys>girls), and that the most common parts of the body to be penetrated by the air pellets are the eye, temple or forehead, but pellets are also known to have penetrated the nasal septum. Milroy et al (1998) indicate that a person dies from air powered weapon injuries each year in the UK.

Captive bolt pistols are variously described as ‘tools’, ‘industrial instruments’ or firearms, used in the ‘stunning’ of large food animals during the slaughtering process.

‘Penetrating-type’ models are available that propel a hollow-tipped bar or ‘bolt’ into the head in order to produce ‘insensibility’ prior to a definitive killing procedure such as severing the jugular veins.

Fatalities associated with captive bolt pistols have been reported in the literature, but appear rare. Although accidents and suicide are well described, few case reports of homicide exist. 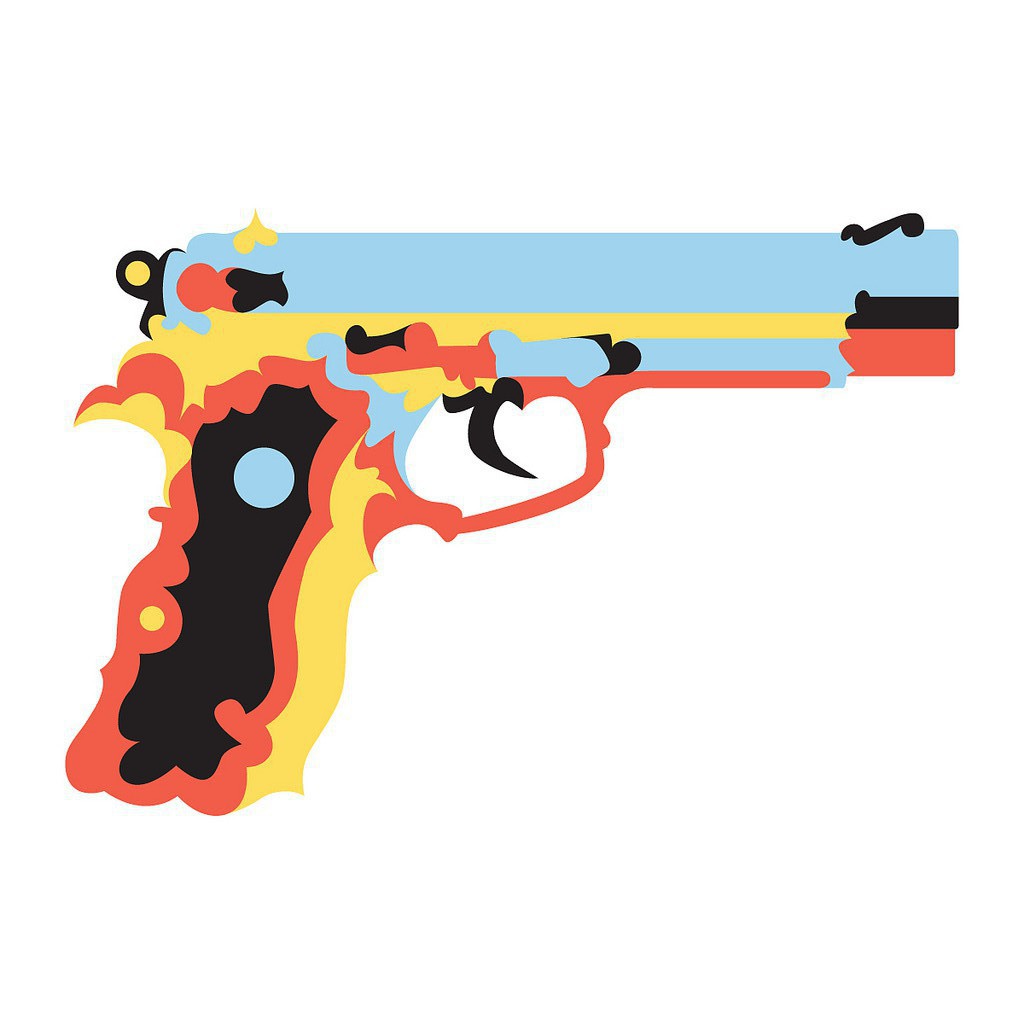 The documentation process is of crucial importance. Handwritten notes and diagrams are best supported by photographs (with and without a scale), and the use of pre-printed body diagrams may also be beneficial.

These methods of documentation must be made at the earliest opportunity before surgical intervention, for example, or the ‘cleaning up process’ in the emergency department are carried out, after which features of the wound may be irretrievably lost.

Any clothing or trace evidence identified and recovered should be kept in a locked and secured place until they can be personally handed to a police officer/ forensic scientist (or forensic physician), and the ‘chain of evidence’ preserved.

Doctors in the UK have recently been issued guidance by the General Medical Council (GMC) regarding the reporting of persons injured by gunshot wounds to the police (GMC 2003).

The guidelines also clarify situations where patient confidentiality might need to be broken, in cases where the public interest over-rides this ethical principle.

The use of radiography when assessing wounds made by bullets and pellets is of vital importance. Good quality radiography can assist in the location of bullets and their fragments, as well as the number of projectiles in the body. It can also assist in the location of ‘bullet emboli’ that occur when, for example a shotgun pellet enters a large vessel, and is transported by the flow of blood to a part of the body distant to the gunshot wound or track.

Both anterior/ posterior and lateral films should be taken to give the best available information from which surgical or autopsy strategies can be planned.

The combined modelling of injury data and anatomical values (e.g. The range of movement for limb joints etc) allows for accurate reconstruction of events providing valuable information as to causation i.e. was the wound capable of being self inflicted or not?

In order to simulate the effects of gunshot wounds on the human head, and provide data that are comparable with wounds seen in practice, Thali et al (2002) have developed a ‘skin-skull-brain model’. This model incorporates a silicon cap (the artificial scalp); a layered polyurethane sphere (the artificial skull) and ballistic gelatin (the artificial brain).

The artificial skin incorporates synthetic fibres to simulate collagen and fat in the scalp, and the artificial skull is layered to represent the internal, external and diploe layers of the human skull.

The use of multi-slice Computed Tomography (MSCT) and Magnetic Resonance Imaging (MRI) for the autopsy documentation and analysis of gunshot wounds and related soft tissue and bone trauma is described by Thali et al (2003).

The technique identified the 3D reconstruction of facial features and the skull, visualisation of fracture patterns (including the inward bevelling of entrance wounds in the skull, and the outward bevelling of exit wounds), visualisation of brain contusions, lacerations and bullet tracts (with bullet fragments and bone splinters visible). In addition, bullets could be localised for autopsy retrieval, and peripheral effects of gunshot wounds documented, such as pneumothorax, gas embolism and blood aspiration into the lungs. 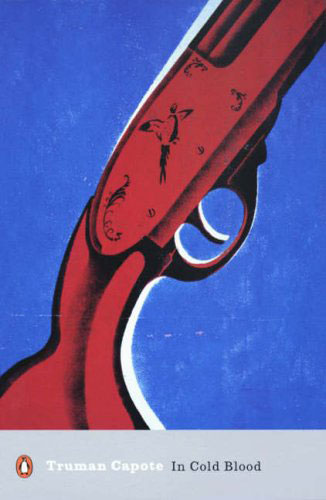 Read about the book at Wikipedia