Burn injuries are the cause of considerable morbidity and mortality worldwide. This following pages provide an overview of the epidemiology of burn injuries, the clinical assessment of the wounds associated with burns and scalds, and the medico-legal assessment of those injuries.

In the UK it has been estimated that approximately 175,000 people presenting to accident and emergency departments have burn injuries, of which 13,000 require hospital admission (Lawrence and Lilly 1999 p.92, Greaves et al 2001 p.205).

Burns and scalds affect those in the extremes of age disproportionately, and scalds are the most common thermal injury affecting children (particularly those under 4 years).

Indeed, scalds in children have consistently risen over the last 50 years. 50% of contact burns in children under 4 years have been said to be inflicted during non-accidental injury. (Cooper 2003 p.183, Lawrence and Lilly 1999 p.92, ). The incidence of inflicted burn injury in children has been estimated at between 1% and 16% (Greenbaum et al (2004)).

Burns and scalds are most likely to occur in the home environment, with the Home Office Accident Surveillance System estimating there to be 100,000 burns a year in the home, whilst those occurring at work have reduced.

Alcohol intoxication is related to an increased risk of being burned or scalded.

In the USA, it has been estimated that 2.5 million people get burned each year, 1/3rd of whom are children. The incidence has steadily reduced over the last 50 years, in common with the UK. Approximately 5% require hospital treatment, and there are between 5500 and 10,000 deaths (depending upon sources).

Burns and scalds are the 3rd cause of death due to injury in children, and 10-20% of these are due to non-accidental injury (Children’s Emergency Care Alliance 2003, McClance and Huether 2002 p. 1499).

'Frost-bite' is the term given for injury caused by extreme cold, and may include contact with cold objects/ substances such as liquid nitrogen etc.

In making an assessment of the extent of the burn injury, and the depth of burn, one can gain a great deal of information from the history, including the duration of exposure to the causative agent (e.g. flames or chemicals).

In the clinical setting, one should also attempt to evaluate whether there is likely to have been any damage to the airways, and the nature of the environment in which the fire occurred should be determined – was it a closed environment? Has the person been exposed to toxic gases such as carbon monoxide (most fires) or cyanide etc from synthetic materials etc?

Where there has been a explosion (such as in a domestic gas fire, or terrorist event), burn injuries may be complicated by blast damage particularly to the lungs.

Collateral information from friends and relatives, as well as paramedics will be of great value where the injured person is unconscious.

Further history pertinent to their psychiatric state may also be relevant, as well as their tendency to abuse alcohol and smoke – did they accidentally set fire to their flat whilst smoking and in an alcoholic daze? Were they suicidal and set fire to themselves?

Important questions to be answered when faced with a burns victim include:

Details should emerge during the history taking process, and most burns and scalds turn out to be accidental (Cooper 2003 p.184).

Factors to consider for burns caused deliberately include: 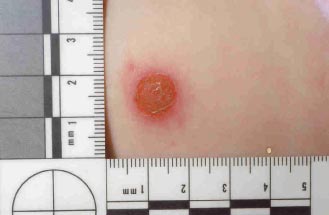 Characteristics of burns and scalds (adapted from Cooper 2003)

The Welsh Child Protection Systematic Review Group (https://www.core-info.cardiff.ac.uk/about%20wcpsrg.html) carried out a review of thermal injury in children. Of the 257 studies reviewed, 36 met the inclusion criteria.

They noted that scalds are the commonest intentional burn injury recorded (Ayoub and Pfeifer 1979), and apart from head injury, intentional burns are the most likely injury to cause death or long-term morbidity.