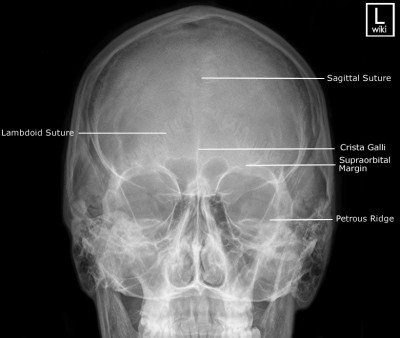 The normal thickness of the skull is approximately 4-15 mm (depending upon the site at which it is measured), and the presence of a skull fracture is an indication that severe force has been applied to the skull. Fractures occur when the elastic limit of the bone has been exceeded, and the formation of a skull fracture depends upon the force applied, the point of impact (thickness of the skull), presence of scalp hair and the direction of impact.

Saukko and Knight (Knight's Forensic Pathology, Arnold Publishers 2004) reviewed the force required to cause fractures of the skull, and noted that the average adult head weighs 4.5Kg. A simple fracture can occur by walking into a fixed object (force required = 73N), whilst a simple fall through 1 m causing a frontal impact (510N) can also result in linear or mosaic fractures. Fractures have been absent when an impact force of 1314 N was recorded.

3D CT reformation of same case as above (Radiopedia.org)

Skull fractures may be classified by their appearance (Saukko and Knight 2004);

murder by blunt force trauma in the news 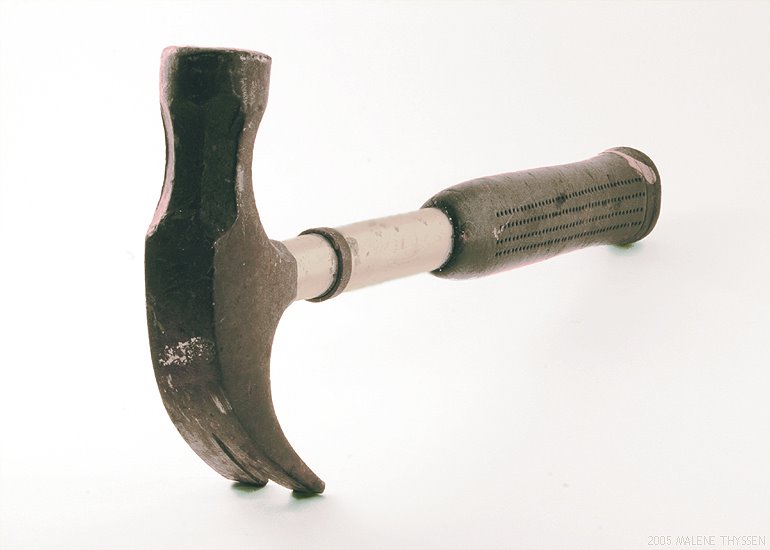 On 2nd April 2012, a 15-year-old boy was convicted of murdering his mother having struck her head and face approximately 7 times, using a claw hammer. He then attempted to dispose of her body by setting it on fire.

He left a lump hammer close to the body, but the forensic pathologist who examined the body was of the view that this had not caused the injuries, rather a claw hammer had been used.