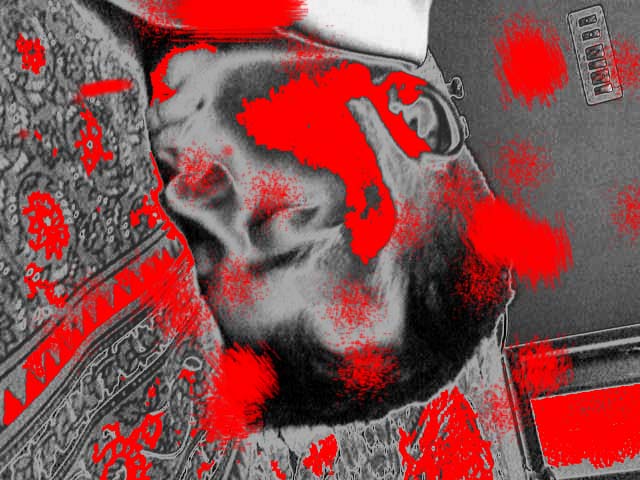 The circumstances in which a head injury occurs are numerous, but can be broadly categorised into  3 main sets of circumstances: 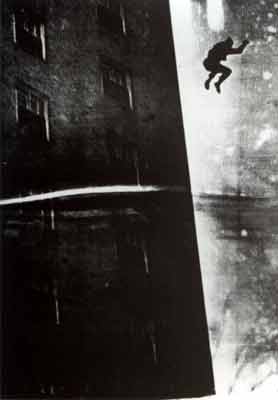 A large proportion of head injuries result from falls, which may be from a standing position or from a height.

Falls from a standing position can be due to natural disease (particularly cardiac in origin), an accident (‘slips, trips and falls’), an assault or intoxication due to drugs and/or alcohol.

In such circumstances, the fall is often onto the back, front or sides of the head. An impact on the top of the head is more unusual, and should raise suspicions of assault.

Falls from a height occur in several settings: accidental (including occupational) and, most commonly, suicidal. Homicide by this means is rare.

Researchers in Singapore studied fatal falls from a height (typically from tall apartment blocks), where primary impact on concrete surfaces resulted in severe deceleration injuries. Primary ‘feet first’ impact may result in open or closed comminuted fractures and dislocations of the bones of the feet and ankle, the tibia and femur.

In addition, the transmitted energy can pass into the vertebral column to the skull base, resulting in displaced vertebral fractures, spinal cord laceration or transection, ring fractures of the skull base and brainstem contusions or lacerations.

Where head injuries predominate, and are extensive and severe (often with extrusion of the brain), whilst injuries to the rest of the body are relatively minor, a primary head impact is likely.

Impact against objects or structural elements during a fall can result in further injuries, which may be widespread and extensive.

Falls down stairs occur relatively commonly, and are particularly associated with the elderly and the intoxicated. German researchers analysed a series of 166 cases over a 11 year period, and found an almost 2:1 male to female ratio.

Injuries sustained affect many different parts of the body, due to impacts against different structural parts of the stairs and other objects during the fall, and from attempts to 'break the fall' etc.

Factors to consider when investigating an apparent fall down stairs;

In an Australian study, approximately 50% of home injuries in children resulted from falls. 31% were from a height of 1 m or less (of which 28% were on the same level). 80% were playing at the time, and many involved falls from beds, chairs or nursery furniture etc. Lacerations to the face or scalp accounted for 31% of injuries, 20% had fractures (especially to the forearm) and bruises accounted for 16% of injuries (mainly face and scalp).

Further resources on the pattern of injury in falls can be found here .. 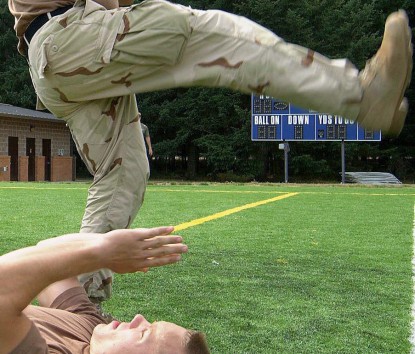 20% of head injuries in patients attending accident and emergency departments in the UK are the result of an assault (Kay and Teasdale 2001), and this often involves blunt force trauma, in the form of a punch and/or kick, to the head/ face.

Injuries caused by kicking and stamping may result in abrasions which may highlight the pattern of the impacting shoe sole, but if the impact is hard enough to cause a laceration, such patterned injuries may not be evident. These blows are often centred on the head and side of the face/ neck.

Henn and Lignitz (2004) reviewed the pathological findings in homicidal kicking and 'trampling', and noted that the head is a 'target of choice'. They found characteristic abrasions, lacerations and intradermal bruises mirroring the pattern of the soles of assailant’s shoes as well as the contour of shoe heels (although they do not state the frequency with which these patterned injuries were discernable).

In 64% of cases there were fractures of the calvaria, skull base or facial bones. Injuries to the neck included fractures of the throat ‘skeleton’ in 29% (hyoid bone 14%, laryngeal cartilage/bone 15%); rib fractures were present in 1/3 rd cases and the liver was ruptured in 25%. 42% of the victims died of blood loss (internal or external), whilst 12.6% died of blood aspiration. 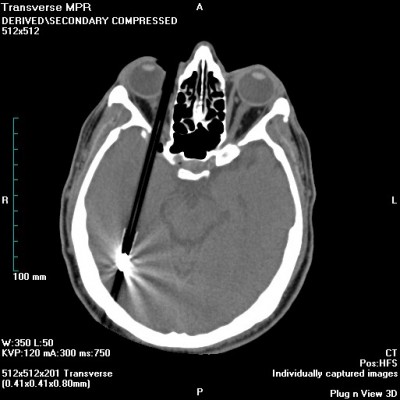 This axial CT scan shows a ball-point pen in-situ in the right hemisphere.

A cerebral angiogram was performed which was normal except for truncation of the ophthalmic artery.

The pen was removed under flouroscopic guidance. Upon removal, there was brisk bleeding from the ophthalmic artery. Endovascular embolisation of the bleeding vessel was performed with coils, with good result.

The patient’s pupil remains reactive, suggesting a good prognosis for the optic nerve and the patient’s vision.