In an ‘open head injury’, brain damage due to head injury may be caused by direct intrusion into the skull by a weapon, bullet or bone fragment. 'Closed head injuries' are the result of a combination of relative movement of the brain within the skull, due to the angular rotation and/or acceleration/deceleration forces, such as may be encountered in road traffic collisions, falls or assault.

Morphological markers of brain damage include contusions and lacerations (tearing of the brain substance). 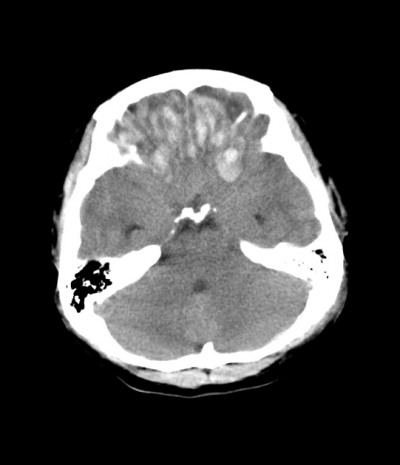 Cerebral cortical contusions are multi-focal punctate or 'streak' haemorrhages associated with foci of necrosis, which tend to be distributed along the crests of gyri. Contusions merge over time to form wedge-shaped haemorrhages with their base at the cortical surface and their apex pointing into the sub-cortical white matter.

Contusions can be classified as follows;

1. Contusions dependent upon the status of the head 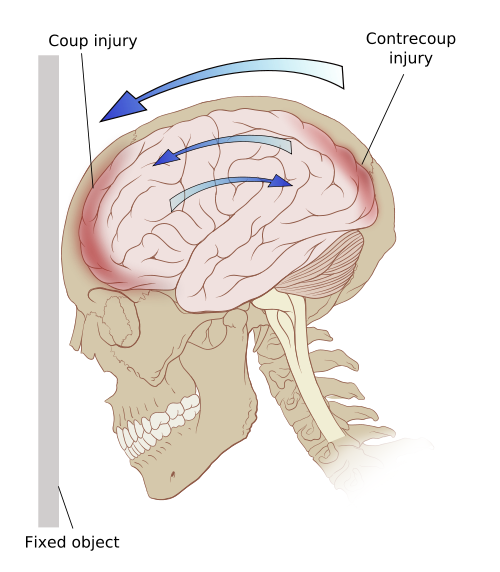 2. Contusions independent of the status of the head

3. Blows to the resting immobile head 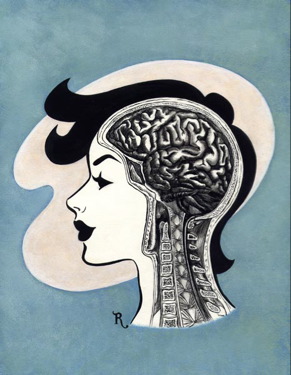 'Draw me' by Bonnie Reid